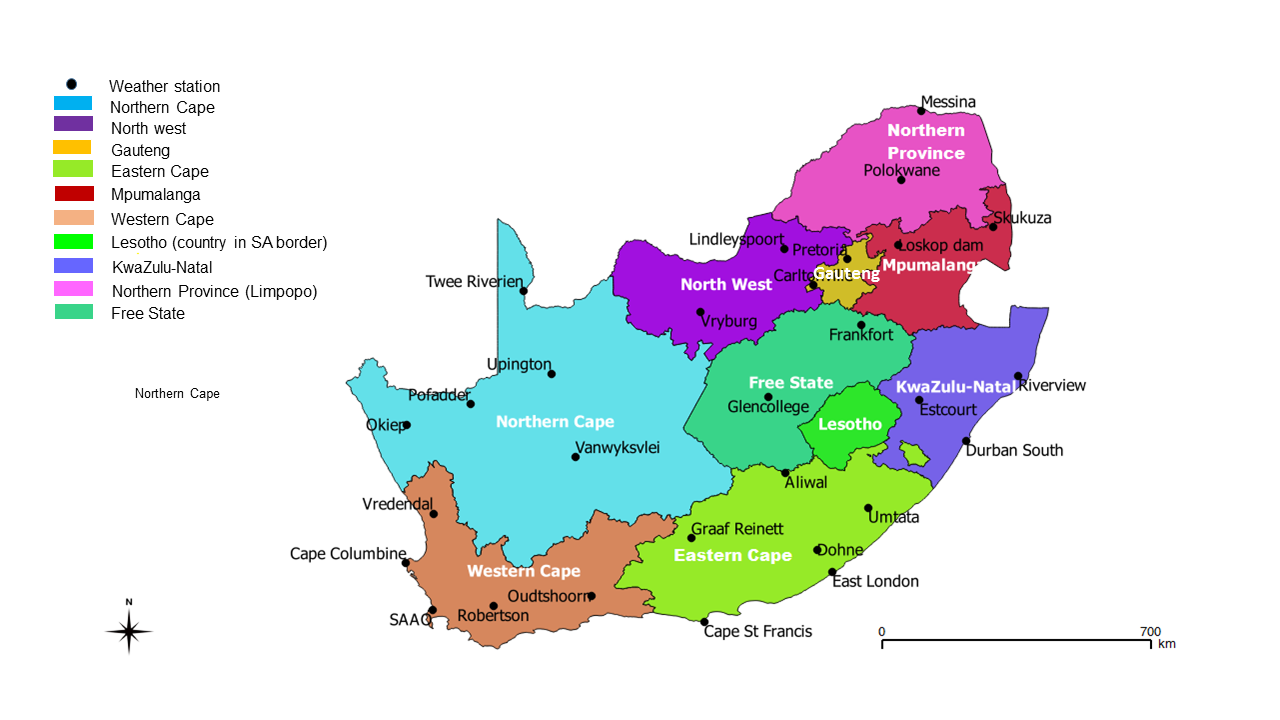 Temperature can directly and indirectly impact the livelihood of inhabitants of a country and the natural environment as a whole. The surface temperature trend approximations for South Africa (SA) were calculated using a linear-regression fitting model. The model was adapted at The University of Reunion Island and was referred to as the Trend-Run model. The geophysical signal of the model was split into a sum of oscillations, which was used to clarify most of its variability. The trend values were calculated from the residual terms as a linear function. The model used atmospheric oscillations, which included Annual (AO), Semi-Annual (SAO), Quasi-Biennial Oscillations (QBO), El Niño-Southern Oscillation (ENSO), the 11-years solar cycle-Sun Spot Number (SSN) and Indian Ocean Dipole (IOD). The South African Weather Service (SAWS) data were used for the study. Data sets over a 31-year period, from March 1980 to December 2011, were used to measure the validity of the Trend-Run model, to determine the contribution and effect of this particular oscillation, and the validity of the model. The Trend-Run model showed very high applicability to the surface temperatures in all provinces across the SA region under investigation. High coefficient of determination values between (0.70-0.91) were recorded for surface temperatures across all provinces in the country with minor variations. The AO, ENSO and SAO were the highest contributing forcings in the model, thereby showing their high relevance to the success of this model in the study area. The temperature increases are expected to negatively impact on the biomes of SA, including the forest biome. Selected tree species of Acacia, Eucalyptus and Pinus could be impacted negatively with rising temperatures, which would negatively impact on the forestry industry in SA. As expected, the model did obtain a high success rate that ranged from 70% to 91% in the areas under study, however, there was still room for improvement by the possible inclusion of additional atmospheric forcings to the model that maybe be applicable to the weather and forestry distribution in SA.